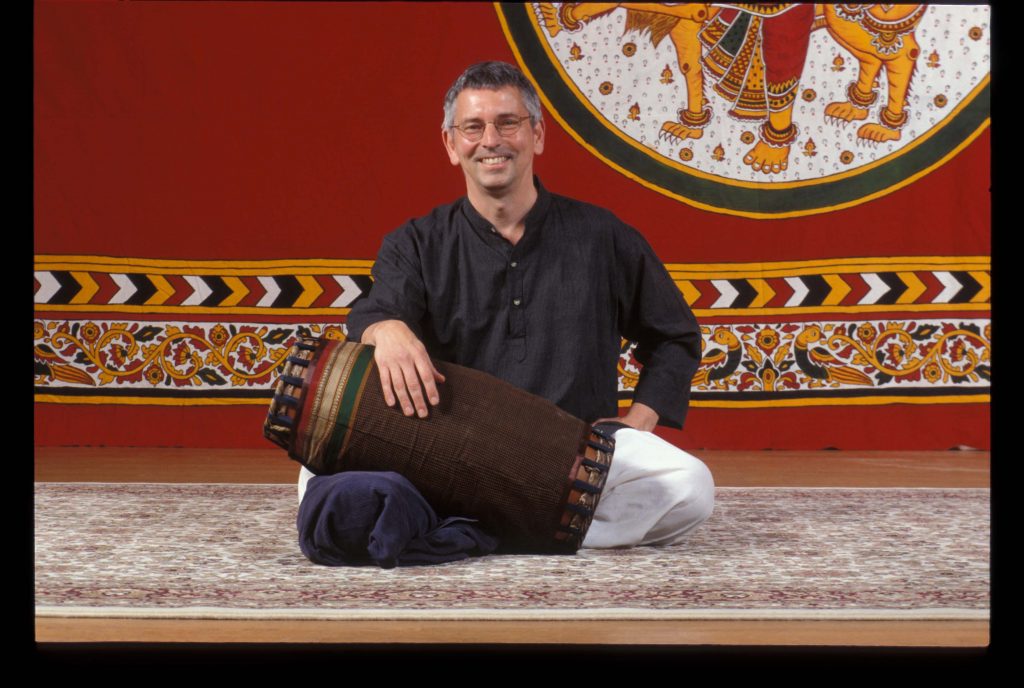 David Nelson began his mṛdaṅgam studies with C. S. Sankarasivam in Madurai, South India, in 1970. He learned briefly with Ramnad V. Raghavan, and for fourteen years with T. Ranganathan: first at CalArts (MFA 1975), then at Wesleyan University (Ph.D. 1991). He also studied kanjira with G. Harishankar, and jazz drumset with Ed Blackwell, Ed Soph, and Kenwood Dennard. He is Adjunct Associate Professor of Music at Wesleyan University, where he has taught South Indian drumming since 2000. He has accompanied leading Indian artists in the USA, Europe, India and China. His publications include extensive writings on South Indian drumming: in the article “Karnatak Tala” published in The Garland Encyclopedia of World Music Vol. 5 South Asia: The Indian Subcontinent; in his two books, Solkattu Manual: An Introduction to the Rhythmic Language of South Indian Music and Konnakkol Manual: an Advanced Course in Solkattu, and his dissertation “Mṛdaṅgam Mind: The Tani Avartanam in Karnatak Music.” His article “Three Generations, Three Directions,” appears in vol. 42 of The Journal of the Indian Musicological Society (2018-2019). In 2013 he was honored with the title “Kala Seva Mani” by the Cleveland Tyagaraja Festival, and in 2016 received the “Padmashree Palghat Raghu Memorial Award” for excellence in mṛdaṅgam from the Neelakanta Sivan Cultural Academy in Chennai.